About The Lexmark Brand

Lexmark was founded in 1991, in the city of Lexington, Kentucky, to which they owe their name. The deal was reportedly started by investment firm Clayton & Dubilier completing a leveraged buyout of IBM Information Products Corporation, which was in charge of IBM's printer, typewriter, and keyboard operation. It wasn't long before Lexmark became an exempt stock corporation listed on the New York Stock Exchange on November 15, 1995.

The firm's corporate headquarters is still located in Lexington but their research and development facilities are distributed around the world. Some of their offices are located in Boulder, Colorado; Lenexa, Kansas; Philippines; India; Germany; Stockholm, and Irvine, California. Lexmark also has sales offices throughout North and South America, Asia, Africa and Europe. As of summer 2018, the company had approximately 9,000 worldwide employees.

As a relatively young company, Lexmark was able to get a firm foothold in the printer technology market through aggressive and strategic acquisitions. Here are some of the notable acquisitions Lexmark has made through its history:

In May 2010, Lexmark acquired Perceptive Software, a software firm that developed enterprise content management and document output management applications, for $280 million to build upon its software offerings.

In March 2012, Lexmark announced it had acquired BDGB Enterprise, an electronic document capture platform developed by Brainware, for a cash price of $150 million.

In March 2013, Lexmark announced acquisitions of AccessVia and Twistage for a combined purchase price of approximately $31.5 million.

In late August 2013, Lexmark agreed to acquire Germany-based Saperion AG, a developer of software that manages enterprise content and business processes. The purchase price for Saperion AG was $72 million.

In September 2014, Lexmark acquired ReadSoft, a financial automation solutions company based in Stockholm, Sweden, for $251 million. ReadSoft produced software solutions for document process automation on-premises or in the cloud.

Lexmark acquired Kofax in mid-2015 for roughly $1 billion. Based in Irvine, California, Kofax provided smart process applications that combined capture, process management, analytics, and mobile capabilities for organizations. It wasn't long however until this line of the business was spun off from Lexmark when the company was acquired by Apex Technology in November 2016.

Lexmark offers some of the best printers, whether you need one for a small or medium business, or for a large enterprise company. Lexmark GO Line printers are a one stop shop for the printing needs of small or home businesses. Lexmarks Multi Function Printers are designed for medium and large workgroups making them ideal for enterprise size companies. 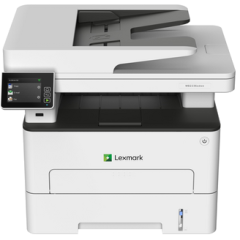 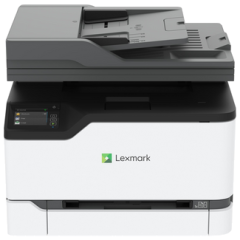 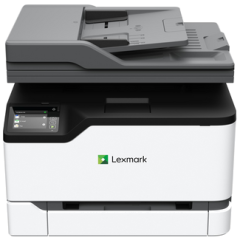 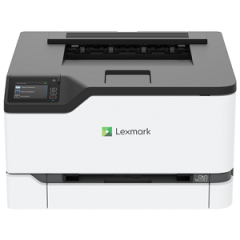 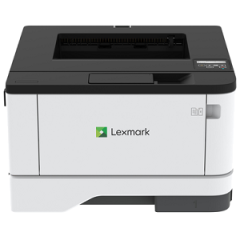 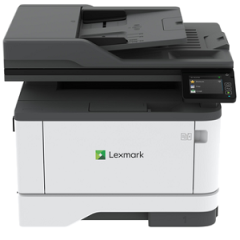 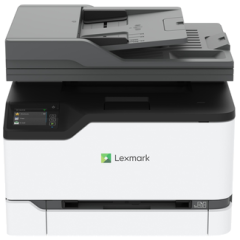 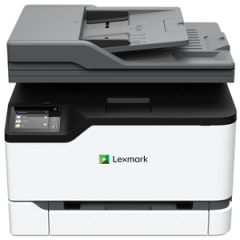 The Lexmark GO Series is a simplified product line for small and medium-sized businesses with easy-to-use, reliable products that fit in with their budgets and environments. The GO series of printers from Lexmark are designed to be quick and easy to place, configure, and use. With a full suite of features customers can maximize productivity and simplify device management, while having the peace of mind that comes with Lexmark's full spectrum security.

The Lexmark MC3326adwe offers enhanced productivity with color output up to 26 pages per minute in addition to automatic scanning, copying, and faxing, all in a compact touch-screen-equipped package that's easy to use.

The Lexmark MC3224dwe comes with Lexmark's full-spectrum security architecture to protect your information on the document, on the device, over your network, and at all points in between.

Lexmark C3326dw is a compact color laser printer with easy-to-fit dimensions and a tray capacity of up to 250 pages, plus one-sheet feeder.

Printers and MFPs for medium workgroups

Lexmark printers and smart Multi Function Printers are designed for workgroups up to 20 users, with print volumes ranging from 3,000 to 6,000 pages per month. Featuring faster speeds, larger input capacities, higher-yield toner supplies and productivity apps, these more capable, robust devices can be configured to fit on existing work surfaces or to be floor-standing.

The MX826adxe is Lexmark's monochrome leader for large workgroups with output up to 70 ppm, Ultra High Yield toner capacity, optional finishing and 2750 sheets of standard input.

MB2546adwe is the fax-enabled multifunction product that prints at 46 pages per minute and supports standard Wi-Fi and long-life components.

Lexmark MX822adxe is designed for speed and uptime, with monochrome output speeds of up to 55 ppm and input capacity up to 2750 sheets.

Genuine Lexmark Supplies are designed for superior image quality and long life-the right choice for your Lexmark printer. Don't be deceived by cheap bargain-brand cartridges. The patented Lexmark print system components improve long-term reliability and reduce waste, ensuring savings in time, money, and the environment. Take advantage of Lexmark's industry-leading cartridge recycling program by participating in the Lexmark Cartridge Collection Program. Genuine Lexmark Supply parts are warranted to be free from defects in materials or workmanship. If you find a defect, Lexmark will exchange or repair the product, giving you peace of mind. 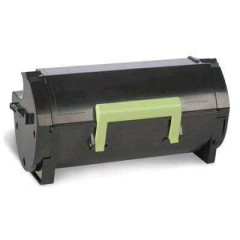 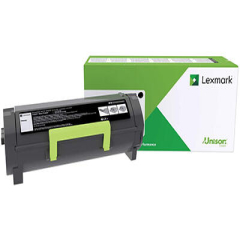 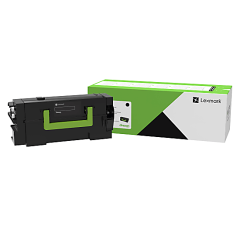 Savings Just for you! Enter your email to receive

You will begin to receive our
exclusive deals shortly.

By Subscribing to our list you will receive
periodic exclusive offers and discounts.

Savings Just for you! Enter your email to receive

Use Code FB10BLUE19
At Checkout!

By Subscribing to our list you will receive
periodic exlcusive offers and discounts.

Fast Free Shipping On All Orders Over $75